Our Take on MassRoots (The Voice of the Cannabis Community)

When I read about this social network, it seemed exciting and distinctive, not because the rest of social media is “teaching” us otherwise, but for the simple reason that with this social network, MassRoots, we have just surpassed the limitation of self-expression and independence. People can not only be the end users of cannabis, a genus of a flowering plant often referred to as charas in India, but they can share and connect with like-minded people in countries where marijuana is legal and build another but distinctively different world of their own. Here, it isn’t about what is right or wrong for you, it’s a mobile application that gives what people want but never speak of, it’s not a choice, it’s nothing but a good, logical and brilliant business decision.

MassRoots may be serving those who have similar interests, there maybe hindrances that are both self-inflictive and personal for the daily users of marijuana in this world, but this application is not promoting any of that, from where I’m seated, it looks like a genius idea for giving what others don’t give; an opportunity to trade, build and invite those already into the world of buying and selling marijuana, strictly in already-admissible boundaries. It’s again nothing socially or morally questionable, it was created while smoking, for the smokers and by the smokers; that’s the line that the creators at MassRoots have drawn and it looks unobjectionable.

This application not only lets consumers take pictures while they’re indulging the habit, this app lets dispensaries help sell in countries that have legalized marijuana, to people who may be interested in buying. It clearly states what other social media platforms restrict and to some extent, it calls for a fair internet freedom and people like it! With the plan of adding a registration button for the complete legalization of marijuana on the app for the upcoming 2016 elections, MassRoots has it’s own plans to extend this self-fulfilling culture of fair and equal trade and business. 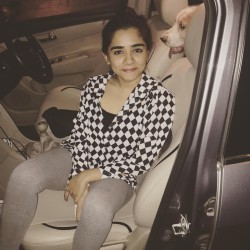 Let's connect by sharing and exploring opportunities more openly and gain expertise not just by training ourselves into the field of knowledge but to meet new people and share experiences while we're growing ourselves to be better at what we do.